Unfortunately, it’s simply not possible to hit the road in nice weather all the time. Sometimes you are going to need to drive your car when the weather isn’t so great or when it’s cold. One of the annoying circumstances you may encounter when driving is that your car window may begin to fog up.

It can be pretty irritating, especially when you’ve left a little too late for work and you need to put your foot on the gas ASAP. 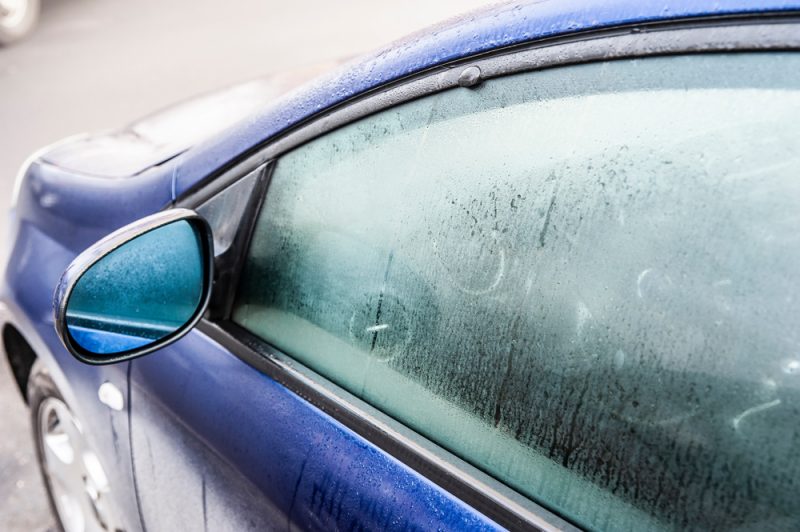 Thankfully, we’ve got you covered. Today, we’re going to dive into all of the reasons why your car windows may start to steam up. After we have done this, we’re also going to show you exactly how you can get rid of the fog so you can have a pleasant driving experience.

We’re covering some preventative measures that you can take too, so stay tuned for that!

Why Are My Car Windows Fogging Up?

First comes the why. When your windows are fogging up, you may find yourself wondering why you had to be cursed with such bad luck. Unfortunately, you can put the blame on science. Actually, science is a term that’s a little too broad.

To narrow it down, the fog on your window happens as a result of something known as climatology. In essence, the windows are going to start fogging up whenever the level of relative humidity is lower.

Ultimately, this occurs when the air on the inside of the vehicle is significantly warmer than the air that’s outside of your car. Condensation will form on the windows when the wetness in the air becomes a little too much for your windows to handle.

So you can thank your good friend Mother Nature for you being late to work in the morning, rather than the fact that you took 15 minutes trying to select an outfit.

The excess water in the air can appear in a few different ways. First of all, it’s because of your own breath. Unless you suddenly become a robot that doesn’t need to breathe to survive, you can’t really prevent this.

The moisture can also build up on the windows when you are wearing wet clothes, a common occurrence when it’s wet outside, wet shoes or your cheeky take away from your local McDonalds.

One fact remains. If there’s excess moisture in the car and it travels up to your windows, the fog will appear on your windows.

How To Remove Fog From Windows

You don’t necessarily have to squint through the window to see where you’re going when the windows are foggy. You also don’t need to get that used kitchen towel off the floor and start madly scrubbing at the windows for you to see safely on the road.

There are actually a few things that you can do to get rid of that nasty fog on your windows.

Stay Away From The Starbucks Napkin

You may have a couple of slightly used Starbucks napkins on the floor for your last midday coffee run. You may see them and be tempted to wipe your windows with them. That’s your first mistake.

There’s a lot of dirt and grime on that napkin – and not the good kinda grime that you get in some music, either. This nasty dirt and oiliness will then sit on the glass on the window, which is basically just an invitation for even more moisture to cling to the windscreen.

You may have learned this the hard way in the past, however, so we probably didn’t have to tell you that!

Look, you may be feeling hot already, but being able to see is the priority here. Stick that heat in your car on a higher setting – as hot as possible. You may be thinking that it seems a little pointless, but it’s one of the best ways to get rid of moisture since you’re bringing more moisture into the vehicle.

If the air is hot then it will hold the moisture. Don’t be afraid to crank up that heat!

Turn on the AC

Likewise, you may not be keen on the idea of shivering inside your car, but the A/C can be great for defogging the windscreen in your car. By putting your air conditioning on inside of your vehicle, you can get the moisture out of your car much more easily.

Those cooling coils in your A/C system are pretty powerful, after all!

Switch Off the Recirculation Function

You need to get rid of the warm and moist air inside of the car with much cooler dry air that’s outside of the car. You can make the whole process occur significantly faster if the recirculation function is turned off on the AC in your car.

Crank the Windows Open a Little

After following the guidelines above, you should then open the windows just a crack. This will help to make the warm air get out of the car. When it’s all gone, you should ensure that the defroster in your car stays switched on throughout the drive, since you don’t want the windows to defog.

How Can I Stop My Windows From Fogging? 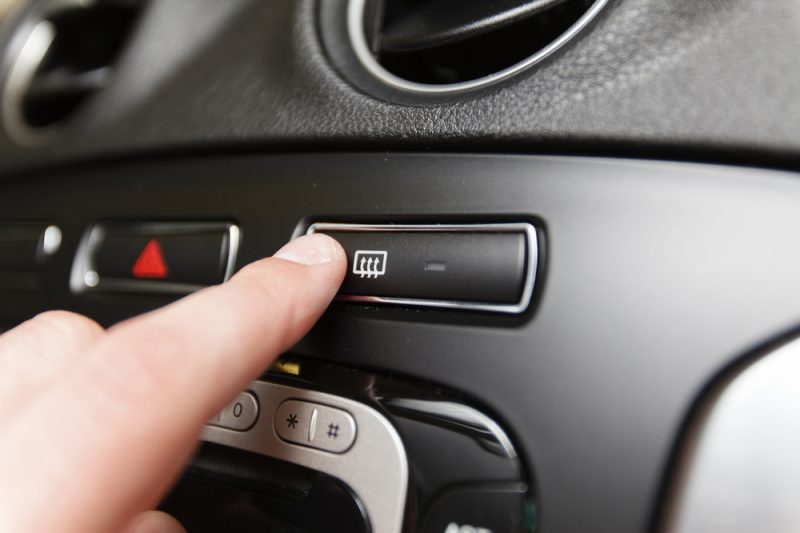 Prevention is key when it comes to most issues with cars, and the same goes for when your windows start fogging up. There’s little that you can do to stop mother nature, but there are a couple of things that can reduce the impact of the fog.

Your window will probably still fog a little bit, but if you follow the guidelines below then you may find that it’s just a little easier to clear off those windows.

The very first thing that you should be doing is deicing the windows – specifically, the outside of the windows. This is because the air is colder outside, and it’s more likely that snow or ice will build up on the car when the weather is cold. This can make it even harder to make the temperature lower.

As such, you should make sure that you deice the windows on the outside of your car before you try to start it. Then you can defog inside of the car. Get one that will melt the snow and ice easily, that also won’t ruin your nice work clothing if you’ve gone a bit overboard on spraying!

Now if you know that there’s a chance that snow or ice is coming, it can help to prepare in advance. For instance, you can put a sunshade on the windshield before the snow and ice appears.

In fact, you can even use cardboard. This means you have less snow or ice to get rid of, making the fog clearing process much easier.

Reduce the Moisture Inside the Car

Temperature isn’t the only factor when it comes to foggy windows. The moisture is also a huge pain for your windows. To reduce this moisture, you should try to avoid getting into the car when you’re in wet shoes and clothing. Get any extra snow off your shoes before you get into the car.

Also, check if the car feels damp inside of the vehicle anyway. You may have wet floor mats, which can indicate that there’s a leak in the seals in the door or windshield. Check for any cracks in the windshield too, as this will need to be replaced.

Dirt and grease can cause some major problems for your car windshield, since it makes it much more likely that it will get fogged up. Make sure that you’re cleaning the windows on a regular basis using a high quality glass cleaner.

If you know that it’s likely to be foggy on your windows or if there’s snow or ice outside, it’s best not to leave the house at the very last minute. Instead, leave yourself plenty of time to prepare. You’re going to have to warm the engine off before you can get rid of the fog and remove the moist air.

Leave earlier to sort all of this out before you even need to begin driving. This will allow you ample time to get rid of the fog on the windows, and you won’t need to panic because your visibility is compromised.

Open Up The Windows

So you’ve run to your car because it’s raining or snowing heavily outside. You’re pretty thankful since your windows don’t seem to be fogged up yet. There’s a chance that they will be foggy soon though, in which case you should open those windows asap once you get into the car.

It’ll be a little cold, but your visibility won’t be compromised.

Foggy windows can be a real problem in the morning when you’re about to rush to work. They are a safety problem, so it’s best to do what you can to get rid of the fog on your car windows.

Make sure that you have a couple of ways to get the fog off the windows so you can reduce the likelihood of dealing with it in the future. Most importantly, leave in plenty of time if you think your windows may be foggy to reduce any risks. Don’t drive when your windows are foggy!